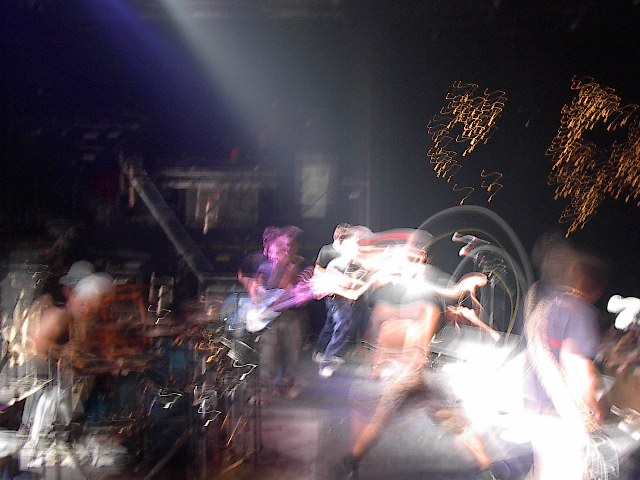 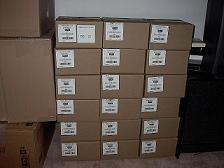 
Back to top
Catalog

Stores carrying our stuff
Back to top
Bands

Haang Upps is playing new school hardcore with an edge. This is one of the best band i have heard in years. Click on this link to have more information.


SHORT BIO
Haang Upps has been created by Swill, Dom, Sebass, Yann and Daniel in 1996. The band comes from a suburb of Montreal called Saint-Jean-Sur-Richelieu. In the middle of 1996, Daniel was kicked out of the band and Vinz took his place. By end of the year, Haang Upps recorded their first demo tape entitled "Greatestshit".

In 1997, after several shows in the Montreal area, Yann left the band due to its lack of time. The band continued to rock with only four members.

In 1998, The remaining members recorded the album entitled "Stronger Than Fire". The fans liked it and it sold relatively well.

In 1999, the band managed to discover its real Hardcore identity. After this discovery, the band recorded a demo tape entitled "Live 99". The demo was only intended for the band to work on their songs. Keen requests from the fans have made them sell it at shows.

At the end of 1999, Ben joined the group. Haang Upps acquired a heavier sound by the presence of a second guitar. For the next year, the band made less shows and devoted their time to compose new songs.

In the summer of 2001, Haang Upps started to play their new songs. The band felt a gigantic enthusiasm from the public and the organizers. This allowed the band to take part in large events like the show at the Spectrum.

Why do you play in Haang Upps?
Ben: I had just quitted my previous band (Freakend's) when Louis asked me to come to play with them. In the beginning I was not sure about playing in the band. After a couple of practices we worked up the sound. I liked the result, so I stayed. Now I am rocking in Haang Upps with pride!
Sebass: Still thinking about it!
Dom: Still thinking about it!
Louis: Still thinking about it!
Vinz: Well I love music and I always liked a band who knows how to rocks! In 1996, after Daniel was kicked out, Louis had contacted me to take his place. He gave a live demo and I went to see their show. I liked the show and found out that they were serious about it, so I joined the band. It's been six years already! 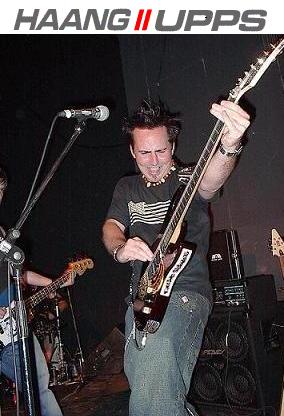 Back to top
Big Llama Records

I (Yann Bourdeau) created this label in 2002 to make two records with the band Haang Upps and I'm currently looking for other bands. If you're interested to be on this label please send a demo or cd. You can click here to have more information. 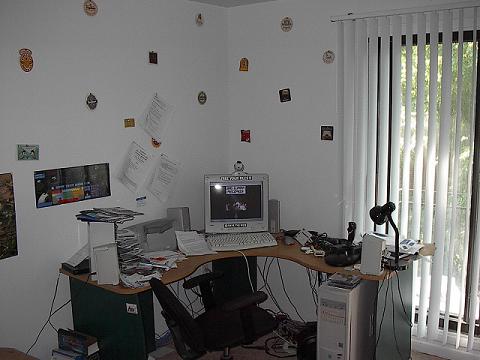 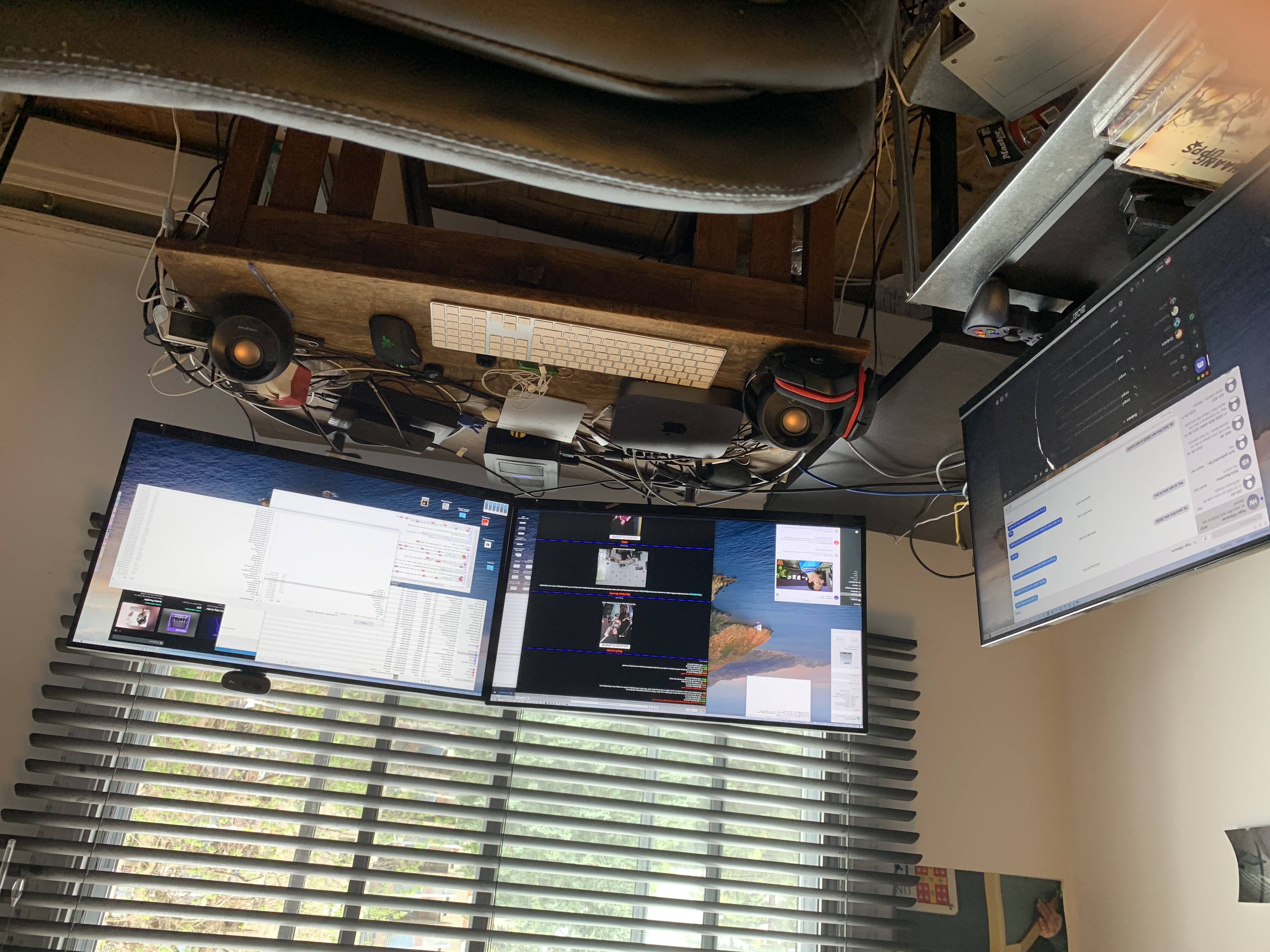 Big Llama Records office in 2020
Back to top
MP3s 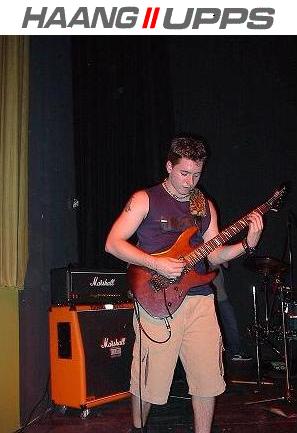 From the Epistemic CD:
I can't
Insanity is so close
Half alive

All songs © 2002 Big Llama Records
Back to top
Links
punknews.org
Sister Records + benten labels
This is a nice Japanese site. I do not understand Japanese but its seems cool. First time I heard about punk bands touring in China!